can you guarantee the success of your event?

You can with Larry Wilson, the Comedy Magician of the Year who Fortune 500 companies depend on to make their events a success. You can achieve the same results. 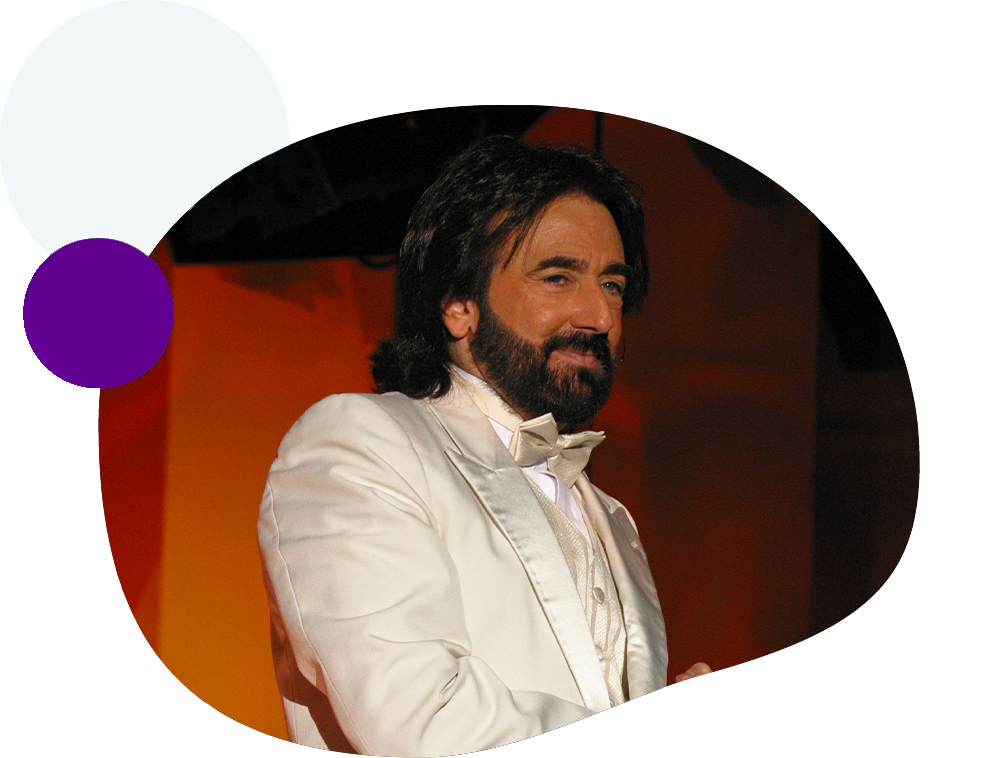 Thanks again for your fabulous performance. I also want to thank you for making my job so easy. I really appreciate the “door-to-door” service, including not just the show, but the sound system, dinner music and other details. It was a joy to work with you. 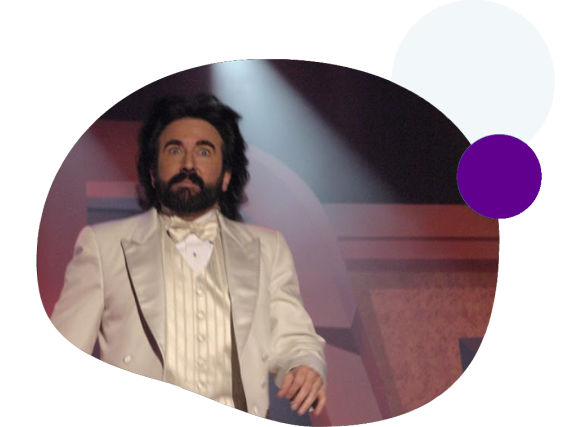 What can I say? You were fantastic! To merely say ‘thank you’ seems so inadequate for the performance you gave. I have received numerous phone calls and emails acknowledging what a great evening it was. 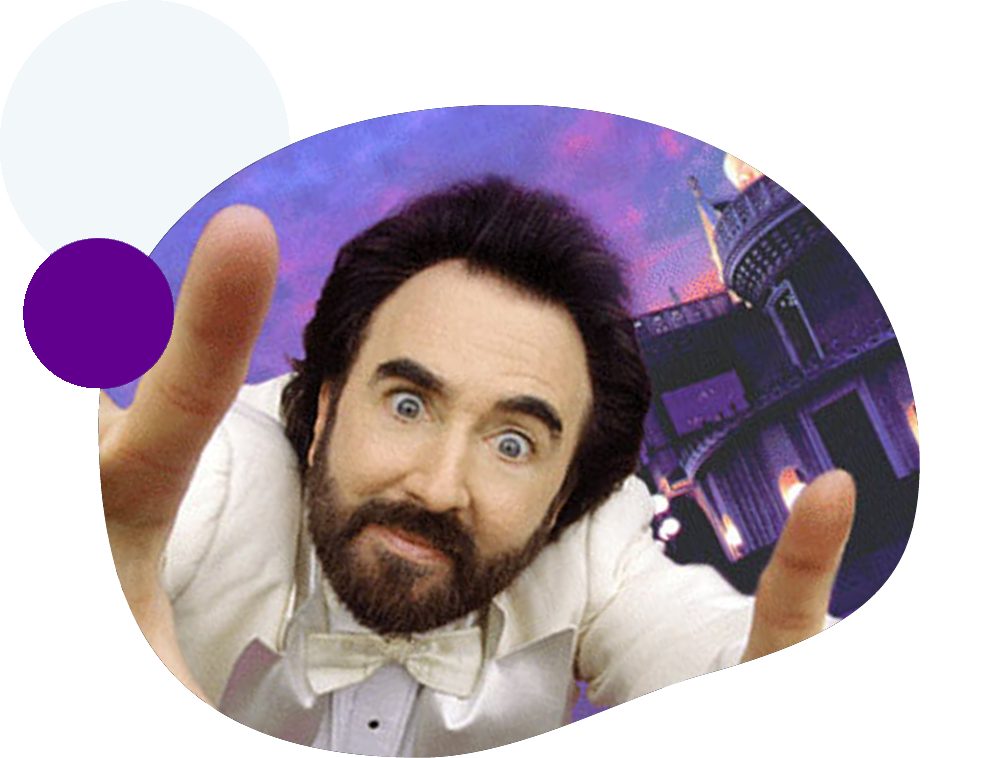 Thank you so very much for your outstanding performance.  I especially appreciated the fact that you included so many guests from the audience in the show which made them feel very special.  You were the highlight of the evening and will be remembered by all the guests for many years. 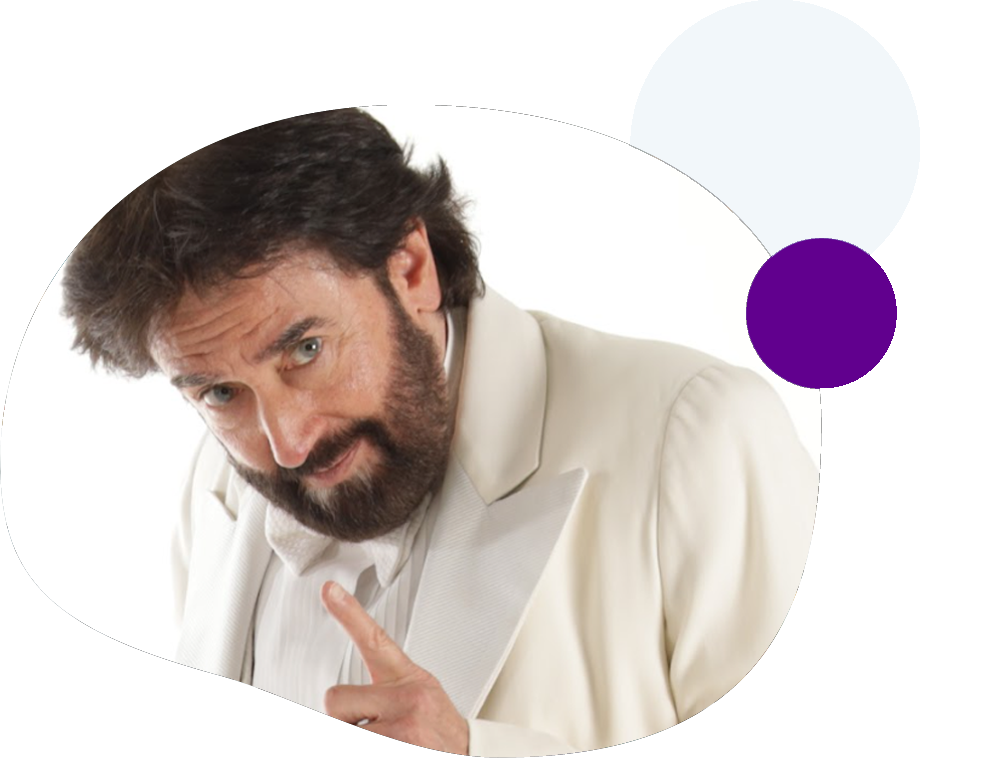 I just wanted to thank you for the incredible job Larry did on “Hard Copy”.  He blows away every other magician in the game.  He made me look like a hero for booking him.

LARRY WILL HANDLE EVERYTHING

My years of experience on the biggest stages in the world and on television are your secret weapon. I've seen it all and I know what works, what doesn't and why. I can leverage that knowledge to produce the very best results for your event. That's why the Hollywood Reporter called me "...the best rehearsed, tightest and most consistently funny act."

Here's the crazy piece featuring the Pinata of Doom I did to reveal the Ford Escape on Jimmy Kimmel's website. We stopped traffic on Hollywood Boulevard and garnered 750,000 hits online.

Do you know the 3 Event Killers that cause crash and burn? Learn how easily you can AVOID them for FREE!

ENTERTAIN YOUR GUESTS WITH

Everyone loves magic (even those skeptics who insist they can't be fooled.) Magic appeals to all ages, from kids to grandparents and everyone in between. Magic transcends all language barriers. Magic is found in every culture. What's the secret to magic's allure? It's simple. We all would like to believe in a world where anything is possible. We know it's not real. But, it feels so good to pretend it is-- if only for a little while. 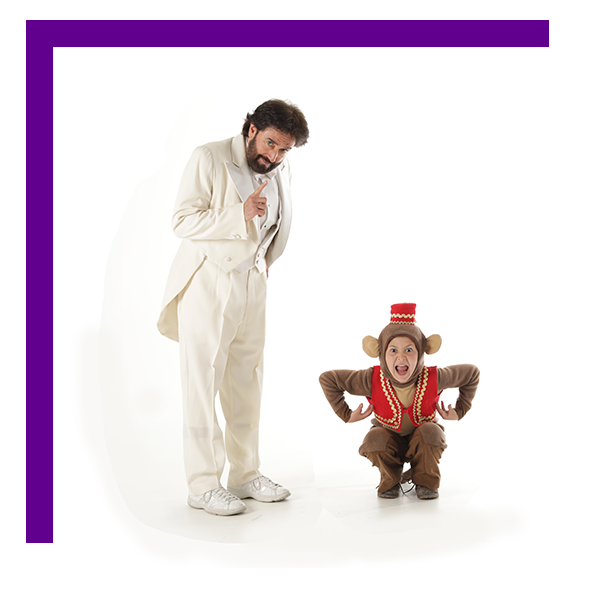 The Perfect Complement to Magic

Comedy surprises us in much the same way magic does, but, it takes the opposite tack to get there. Comedy takes the familiar and twists it for us to see

in a brand new way. Things that we take for granted are presented in a different context and we laugh at the shock of recognition. Clean, family-friendly comedy doesn't rely on off-color language or controversy. It just takes a gifted entertainer to reveal the absurdity of everyday life. There's nothing that feels so fun and refreshing as laughing out loud. 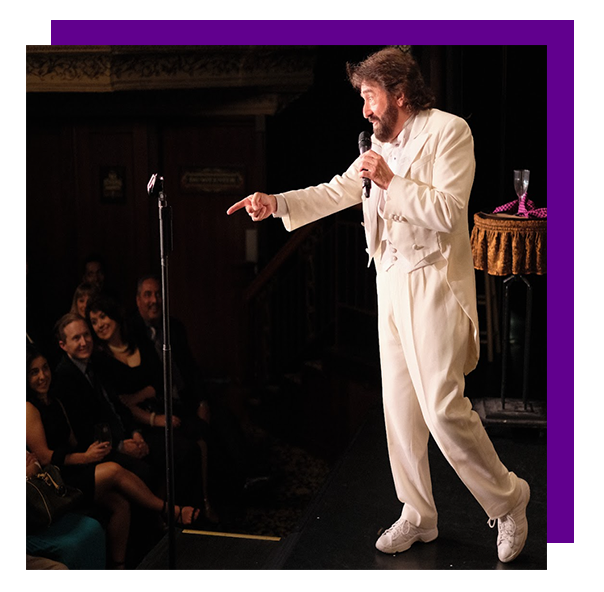 I know that you have specific goals in mind. Perhaps they're simple as thanking your most valuable clients for their patronage. Or, maybe you want to welcome new partners to your organization in a way that makes them feel relaxed and included. The most important thing is that I know it's not about me;  your company is the star.  Your guests will feel an authentic bond with your company through the shared experience of laughter and astonishment. You'll connect with them in a genuine way that's impossible to fake. Your group becomes one big happy family. That's what I do. 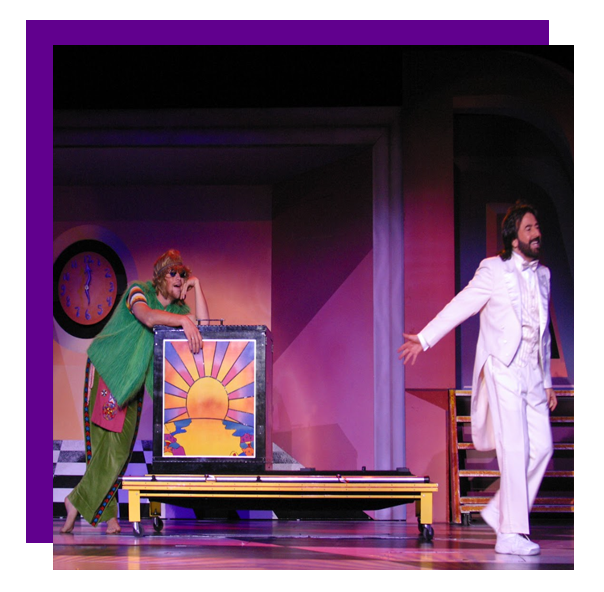 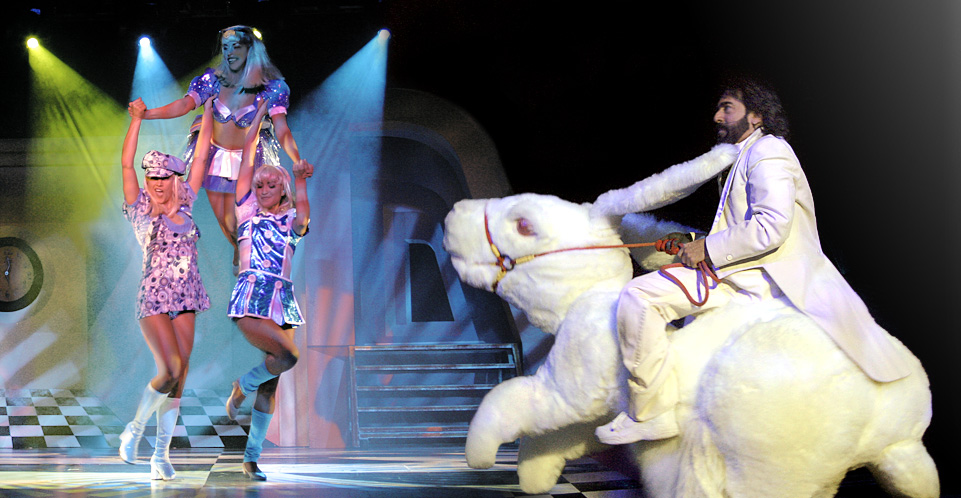 I'm the Emmy-nominated performer who was voted Comedy Magician of the Year in 2017. I've appeared regularly at Caesar's Palace, Harrah's, Bally's and MGM Grand in Las Vegas, Reno, Lake Tahoe, and Atlantic City. I've appeared on network television hundreds of times. Recently, I was  seen on Jimmy Kimmel's website performing the Pinata of Doom for the roll out of Ford's 2017 Escape. I have blown the minds of guests at Sony, Colgate, Disney, Sunkist, Ford Motor Co., I.B.M., Anheuser-Busch, Mutual of Omaha, Kentucky Fried Chicken, Snap-On Tools, N.C.R. and countless more.

What My Clients Are Saying

"If you're looking for a hysterically funny show that your audience is going to love with a guy who's a joy to work with then I can't recommend Larry Wilson any higher. " 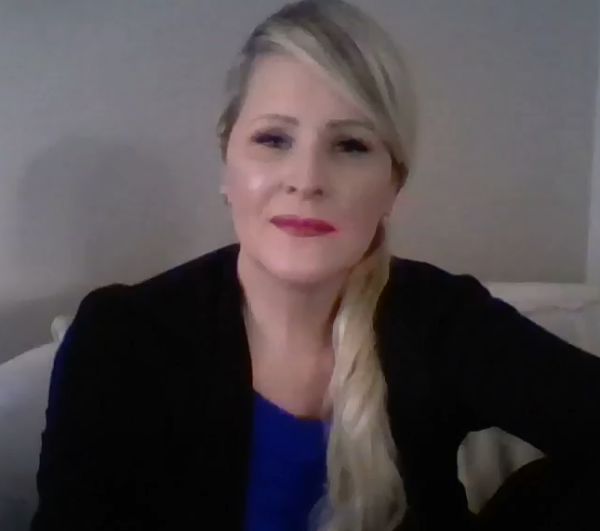 "What I love about Larry Wilson when I worked with him he made me look good. You feel like you got more than your money's worth" Which Format Is Best for Your Event?

This is the ultimate Close Up presentation that I perform strolling or in a private boardroom that your guests will be talking about for years to come. I present astonishing sleight of hand that takes place right in your guest’s own hands, under their very noses, amazing magic that simply defies explanation.

This is my high-energy,  solo comedy-magic stage act that I presented on television hundreds of times which earned me an Emmy award nomination. I completely reinvent the idea of a magician with rapid-fire sleight of hand, mind-reading, impossible surprises and an emphasis on involving your audience in the fun

These are the large scale illusions everyone thinks of when they think MAGIC! Assisted by four assistants (two beautiful girls and two wacky guys) I float women in the air, produce people from cages of fire, cut them in sixths,  (and put them back together) and I can even make your C.E.O. or Special Guest appear by magic!

Want special pricing for your Holiday Event?    Your early Christmas gift is here!